I'm a Japanese anime geek, and I would like to introduce 5 recommended Japanese robot anime works.

If you want to see Japanese robot anime, please check it out！！

In 1972, during the Apollo Project, the Moon's heritage Hypergate, which connects the Earth with Mars, was discovered on the Moon.

The Earth Government will send a mission to Mars led by Dr. Rey Regalia.

However, Dr. Reyregalia calls himself the emperor and founds the "Wars Empire" on Mars.
Furthermore, the son of Ray Regalia, Gilzeria, declares war on the earth.

However, the "Heaven's Fall", a catastrophe that suddenly caused HyperGate to runaway and the moon broke, occurred.
Gilzeria was killed and a truce was signed between Earth and Mars.

In 2014, more than 10 years after the armistice, peace negotiations between the Earth and Mars were ongoing.
As part of this, the ambassador of the Mars, Asylum Verse Aleucia, will visit the Earth from the verse.

The story is set in a world where half of the world's population has been lost due to the second impact of the catastrophe that occurred on September 13, 2000.

He then becomes an Evangelion pilot and is commanded to fight the unknown enemy "Shito" invading the Third Tokyo City.

CODE GEASS Lelouch of the Rebellion

On August 10, 2010, the Holy Britannia Empire confronted Japan over the underground resource Sakuradite, declared war, and invaded Japan.
Japan is occupied and is called "Area 11" by Britannia. The Japanese were despised as "Ilven", deprived of their freedom and ruled by the Governor of Britannia.
Britannia has taken control of one-third of the world with a humanoid weapon called the "Nightmare Flame."

Seven years after the invasion of Japan, Lelouch Lamperouge, a Britannian boy who lives in Japan, is given the absolute force of strict compliance, "Geass", by a mysterious girl C.C.
Lelouch takes on the assassination of his assassinated mother and hides his face with a mask and calls himself "Zero" to create a place where his sister Nanaly can live in peace, and forms a resistance organization "Knights of the Knights" against the Britannian Empire. Challenge the battle. 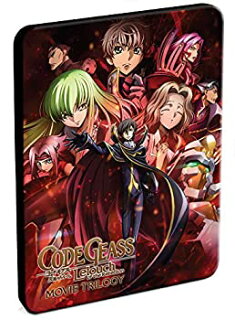 The future 1000 years after the solar system was destroyed by a living entity called Gauna.
Mankind was betting on the survival of the species, building a spaceship that traveled in space while maintaining breeding and production, escaped the solar system, and sailed for an immigrant planet.

A threat again comes before such humanity.
The main character, Tanikaze, takes on his machine and challenges the battle.

Ryugujima, an isolated island in the Pacific Ocean.
One summer day, curiosity boys hear the voice of the unknown on the radio. "Are you there…".

A few years later, in 2146 AD, the voice echoes back to Ryugujima. It was a signal of an invasion by an unknown creature "Festum".
A beautiful golden enemy who suddenly flew into a hell turns a peaceful island into hell.
The adults on the island were "Alvis," organized to counter Festum. They transform the island into an armed fortress, and a deadly resistance begins. 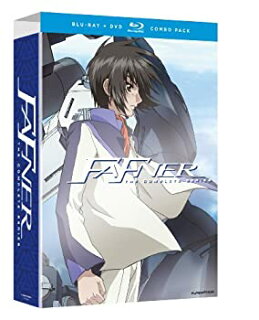