Do you know Gen Urobuchi？

He is a Japanese scenario writer and novelist.
He also works on many anime works.

If you want to see Japanese robot anime, please check it out！！

Phantom: Requiem for the Phantom

The criminal organization Inferno's assassin, Zwei, was a mediocre Japanese traveler, but his talent as an assassin was discovered by Inferno's executive, Sais-Master.
Zwei loses his memory.
Lost in memory, Zwei was taken into Inferno and spent the days performing his assigned mission, along with Inferno's best assassin, Ein, who had the title of Phantom.

Madoka Kaname has a dream of a girl fighting while being hurt in a city destroyed by a huge monster.
In a dream, a creature like a white animal, Kyubei, tells Madoka, "Contract with me and become a magical girl," but she wakes up.

When Madoka goes to school, the girl she dreamed of appears as a transfer student in the same class.
She warns Madoka, "don't be a magical girl." 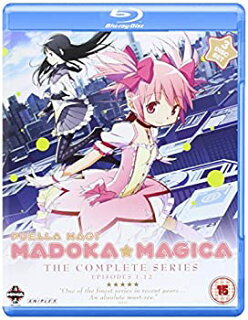 In Fuyuki City, a local city in Japan, seven magician masters have repeatedly repeated the “Holy Grail War” in which the legendary person (English spirit) is summoned as a servant to compete.
It is said that the Holy Grail has all-around power to fulfill the wishes of the winners of the battle.
However, despite the three Holy Grail wars, no one was able to exercise the power of the Holy Grail.

Fall of the 1990s.
The protagonist, Eiji Kiritsugu, is commissioned by the renowned Einzbern, summons a Saber servant, and puts himself into the fourth Holy Grail War with his wife, Irisfield von Einzbern, and his attendant, Kuyu Maiya.

The stage is Japan in the year 2112, when the "Sibula System" was introduced, which enables the measurement of all human psychological states and has the ability to quantify them.
Numerical values related to crimes were measured as "crime factors," and even those who did not commit crimes were judged as "potential offenders" if they exceeded the prescribed value.
In order to suppress crimes that occur even in such a surveillance society, criminals of the police organization "Public Security Bureau" under the Ministry of Health and Welfare use a special pistol "Dominator" that is organically connected to the Sibula system to carry out security maintenance activities. Was going on.

This work depicts the activities and conflicts of the members of the Public Security Bureau Criminal Affairs Division who work in such an era background. 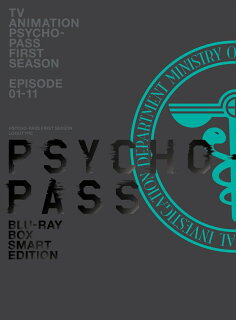 Gargantia on the Verdurous Planet

In the distant future, humankind who entered the universe formed the "human galaxy alliance" and continued the war of extermination with the space creature Hydiers.
Galactic Alliance pilot Lt. Led is involved in the warp of his mother ship when he withdraws from the battle with Hydiers, and is transferred to an unknown airspace while still aboard the humanoid fighter "Chainver."

Six months later, when Redo woke up, it was the Earth, which had been destroyed by the arrival of the Ice Age.

In 1972, during the Apollo Project, the Moon's heritage Hypergate, which connects the Earth with Mars, was discovered on the Moon.

The Earth Government will send a mission to Mars led by Dr. Rey Regalia.

However, Dr. Reyregalia calls himself the emperor and founds the "Wars Empire" on Mars.
Furthermore, the son of Ray Regalia, Gilzeria, declares war on the earth.

However, the "Heaven's Fall", a catastrophe that suddenly caused HyperGate to runaway and the moon broke, occurred.
Gilzeria was killed and a truce was signed between Earth and Mars.

In 2014, more than 10 years after the armistice, peace negotiations between the Earth and Mars were ongoing.
As part of this, the ambassador of the Mars, Asylum Verse Aleucia, will visit the Earth from the verse.